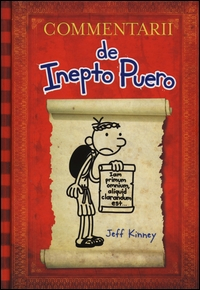 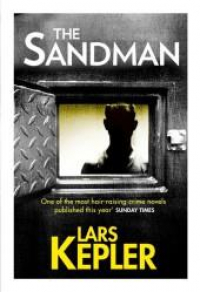 The sandman / Lars Kepler ; translated from the Swedish by Neil Smith

Abstract: The No 1 Swedish thriller by the author of The Hypnotist and The Fire Witness He's Sweden's most prolific serial killer. Jurek Walter is serving a life sentence. Kept in solitary confinement, he is still considered extremely dangerous by psychiatric staff. He'll lull you into a sense of calm. Mikael knows him as "the sandman". Seven years ago, he was taken from his bed along with his sister. They are both presumed dead. He has one target left. When Mikael is discovered on a railway line, close to death, the hunt begins for his sister. To get to the truth, Detective Inspector Joona Linna will need to get closer than ever to the man who stripped him of a family; the man who wants Linna dead. 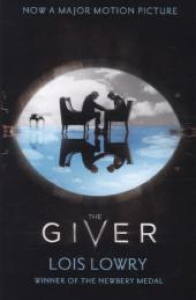 Abstract: In a perfect world, Jonas begins to see the flaws...THE GIVER is the classic award-winning novel that inspired the dystopian genre and a major motion picture adaptation for 2014 starring Jeff Bridges, Meryl Streep, Katie Holmes and Taylor Swift. It is the future. There is no war, no hunger, no pain. No one in the community wants for anything. Everything needed is provided. And at twelve years old, each member of the community has their profession carefully chosen for them by the Committee of Elders. Twelve-year old Jonas has never thought there was anything wrong with his world. But from the moment he is selected as the Receiver of Memory, Jonas discovers that their community is not as perfect as it seems. It is only with the help of the Giver, that Jonas can find what has been lost. And it is only through his personal courage that Jonas finds the strength to do what is right...The Giver is the award-winning classic of bravery and adventure that has inspired countless dystopian writers as the forerunner of this genre. 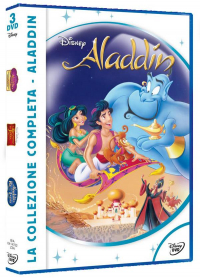 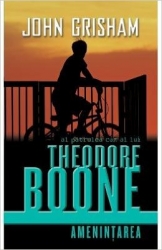 Abstract: In the LAPD's Open-Unsolved Unit, not many murder victims die almost a decade after the crime. So when a man succumbs to complications from being shot by a stray bullet ten years earlier, Bosch catches a case in which the body is still fresh, but any other evidence is virtually nonexistent. Now Bosch and his new partner, rookie Detective Lucia Soto, are tasked with solving what turns out to be a highly charged, politically sensitive case. Starting with the bullet that's been lodged for years in the victim's spine, they must pull new leads from years-old information, which soon reveals that this shooting may have been anything but random. 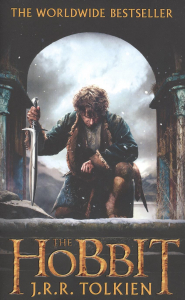 The Hobbit or there and back again / by J.R.R. Tolkien

The Hobbit or there and back again - Copie

Abstract: Bilbo Baggins is a hobbit who enjoys a comfortable, unambitious life, rarely travelling further than the pantry of his hobbit-hole in Bag End. But his contentment is disturbed when the wizard, Gandalf, and a company of thirteen dwarves arrive on his doorstep one day to whisk him away on an unexpected journey ‘there and back again’. They have a plot to raid the treasure hoard of Smaug the Magnificent, a large and very dangerous dragon… Abstract: No.1 bestselling author Patricia Cornwell delivers the next enthralling thriller in her high-stakes series starring Kay Scarpetta-a complex tale involving a serial sniper who strikes chillingly close to the forensic sleuth herself. It's Dr. Kay Scarpetta's birthday and she's about to head to Miami for a vacation with her FBI profiler husband Benton Wesley when she notices seven pennies on a wall behind their Cambridge house. Is this a kids' game? If so, why are all of the coins dated 1981 and so shiny it's as if they're newly minted? Her cellphone rings, and Detective Pete Marino tells her there's been a homicide five minutes away. A high school music teacher has been shot with shocking precision as he unloaded groceries from his car. No one heard or saw a thing. It's as if God did it. In this 22nd Scarpetta novel, the master forensic sleuth finds herself in the middle of a nightmarish pursuit of a serial sniper who seems to leave no evidence except fragments of copper. The shots are so perfect, they cause instant death and seem impossible, and the death scenes aren't crime scenes because the killer was never within hundreds of yards of the victims. The victims seem to have nothing in common, and there is no pattern that might indicate where the Copperhead will strike next. First New Jersey, then Massachusetts, and then into the murky depths off the coast of South Florida, where Scarpetta dives a shipwreck, looking for answers that only she can discover and analyze. There she must face an unthinkable truth that points in the direction of her techno genius niece, Lucy, Scarpetta's own flesh and blood. 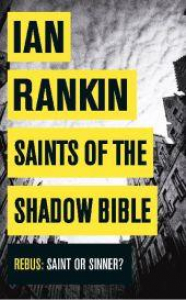 Saints of the shadow bible - Copie

Abstract: Rebus is back on the force, albeit with a demotion and a chip on his shoulder. A 30-year-old case is being reopened, and Rebus's team from back then is suspected of foul play. With Malcolm Fox as the investigating officer are the past and present about to collide in a shocking and murderous fashion? And does Rebus have anything to hide? His colleagues back then called themselves 'the Saints', and swore a bond on something called 'the Shadow Bible'. But times have changed and the crimes of the past may not stay hidden much longer, especially with a referendum on Scottish independence just around the corner. Who are the saints and who the sinners? And can the one ever become the other? 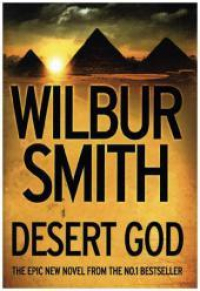 Abstract: Game of Thrones meets Ancient Egypt in this magnificent, action-packed epic. On the gleaming banks of the Nile, the brilliant Taita—slave and advisor to the Pharaoh—finds himself at the center of a vortex of passion, intrigue, and danger. His quest to destroy the Hyksos army and form an alliance with Crete takes him on an epic journey up the Nile, through Arabia and the magical city of Babylon, and across the open seas. With the future of Egypt itself on his shoulders, Taita enters a world where the line between loyalty and betrayal shifts like the desert sands, evil enemies await in the shadows, and death lingers on the edges of darkness. 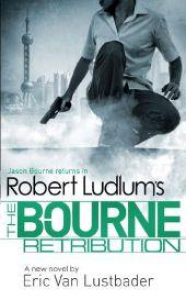 Abstract: Bourne's friend Eli Yadin, head of Mossad, learns that Ouyang Jidan, a senior member of China's Politburo, and a major Mexican drug lord may have been trafficking in something far more deadly than drugs. Yadin convinces Bourne to investigate. Bourne agrees, but only because he has a personal agenda: Ouyang Jidan is the man who ordered Rebeka - one of the only people Bourne has ever truly cared about - murdered. Bourne is determined to avenge her death, but in the process he becomes enmeshed in a monstrous world-wide scheme involving the Chinese, Mexicans, and Russians. Bourne's increasingly desperate search for Ouyang takes him from Tel Aviv, to Shanghai, Mexico City, and, ultimately, a village on China's coast where a clever trap has been laid for him. Bourne finds himself pursued on all sides and unsure whom he can trust. As he moves closer to Ouyang, closer to avenging the woman he loved, he also moves ever closer to his own death...

Abstract: To be irrevocably in love with a vampire is both fantasy and nightmare woven into a dangerously heightened reality for Bella Swan. Pulled in one direction by her intense passion for Edward Cullen, and in another by her profound connection to werewolf Jacob Black, a tumultuous year of temptation, loss, and strife have led her to the ultimate turning point. Her imminent choice to either join the dark but seductive world of immortals or to pursue a fully human life has become the thread from which the fates of two tribes hangs. Now that Bella has made her decision, a startling chain of unprecedented events is about to unfold with potentially devastating, and unfathomable, consequences. Just when the frayed strands of Bella's life - first discovered in TWILIGHT, then scattered and torn in NEW MOON and ECLIPSE - seem ready to heal and knit together, could they be destroyed ...forever? The astonishing, breathlessly anticipated conclusion to the Twilight Saga, Breaking Dawn illuminates the secrets and mysteries of this spellbinding romantic epic that has entranced millions. 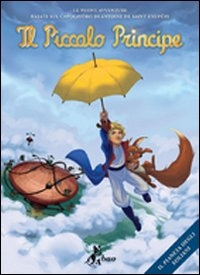 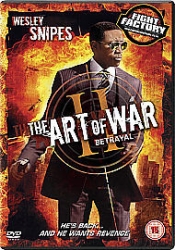 The art of war 2 : betrayal / directed by Josef Rusnak

Abstract: After a conspiratorial set-up that led to a dangerous run-in with the FBI and the Chinese Triad Society in the 2000 box office hit THE ART OF WAR, United Nations spy Neil Shaw retired and has spent the last several years working as a Hollywood consultant. Now, he is forced back into action when his old martial arts mentor is murdered and, before long, he is knee-deep in a plot to assassinate a string of powerful senators. It's going to take the assistance of his mentor's capable daughter to right all the wrongs--and keep himself from being pinned with one of the political killings. Wesley Snipes returns as the suave Agent Shaw in this intrigue-filled sequel. 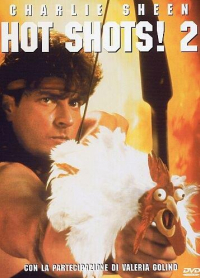