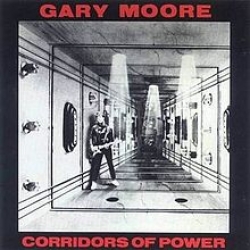 Abstract: Corridors of Power is the third solo album by Irish guitarist Gary Moore, released in 1982. It contains a cover of Free's "Wishing Well". 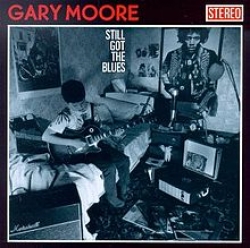 Still got the blues / Gary Moore

Still got the blues - Copie

Abstract: Still Got The Blues is a 1990 album by guitarist Gary Moore. Prior to this album Moore's work had consisted of predominantly jazz-fusion with Colosseum II and rock and hard rock styles including his work with Skid Row, Thin Lizzy, G-Force as well as a large repertoire of solo work. This album, as evidenced by its title, is a departure from hard rock to an electric blues style. Still Got The Blues has been arguably the most successful of Moore's solo albums as it was well received by old fans and also converted many who had never before heard of the Irish guitarist. The album's visibility and success was assisted by contributions from well known veterans Albert King, Albert Collins and George Harrison. Interestingly Moore chose to record his lead vocal in the control room with the then just released Shure Beta 58 supercardiod microphone rather than the studio typical big phantom powered condensor microphone in a sound booth. It is argued that this assisted him to achieve as greater passion and live feel whilst still maintaining studio polish.The title track "Still Got The Blues" was released on the single format and reached the Billboard Hot 100 #97 position on February 16, 1991.[1] It is the only Gary Moore single to chart in the Billboard Hot 100.The album reached the #83 position in the Billboard 200 on February 16, 1991, then was certified gold record by the RIAA on November 1995. This is the most successful album both in sales and chart positions from Gary Moore in the USA. (Wikipedia) 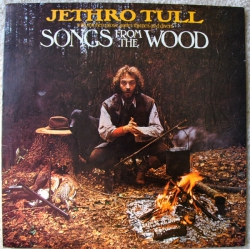 Songs from the wood Jethro Tull
0 0 0

Songs from the wood / Jethro Tull

Songs from the wood - Copie